Am I failing at social media? 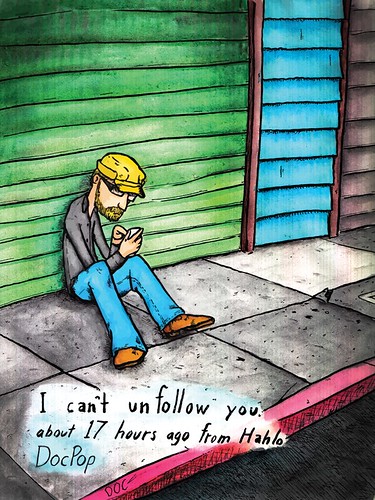 When I first got started with Twitter, I set up a filter so that whenever I got a notification from Twitter that someone followed me, it was sent to a special folder in my Gmail inbox.

That folder now has 9581 emails in it. So 9581 times, I’ve gotten a notification that I was just followed by someone. There are a couple of people that follow and unfollow me repeatedly, trying to get me to follow them (while never engaging in me in dialog at all, I might add), but almost all of those notification emails are from new people.

Some quick subtraction shows that of the 9500 or so people that followed me at some stage during the past three years, nearly 3000 of them have unfollowed me. To put it another way, nearly a third of the people who follow me eventually unfollow me. Are these 3000 lost opportunities to connect with people?

Why do these people unfollow me?

The key thing is, most of the people who unfollowed me because of their needs, not because of what I’m doing or not doing. It’s easy to take being unfollowed or blocked personally, but I really try hard not to. After all, the whole point of a personal learning network is that it is personal, and that you need to meet your needs.