The Hidden Danger of Google

Reprinted with permission from my school’s magazine, the Imprint.

I watched an interesting, but disturbing, video about a recent phenomena in the online world. You can watch the same video here.

In the video, Eli Pariser makes the point that the recent trend of search engines, like Google (and Facebook) to present information for us based on our past searches and who our friends are, is resulting in our society being divided into “Internet search bubbles.” For example, let’s suppose I do a search on “Canadian education” from inside Canada, and outside Canada. Even an innocuous search like this leads to different results. 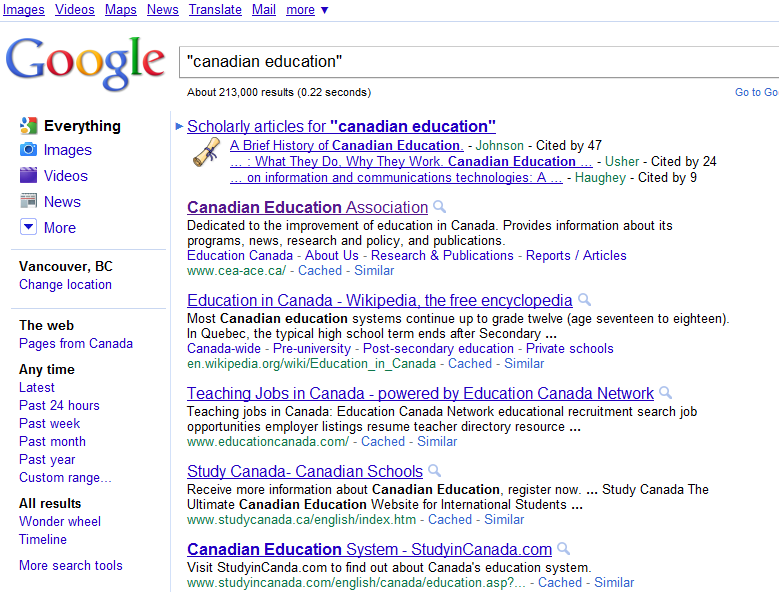 In the United States: 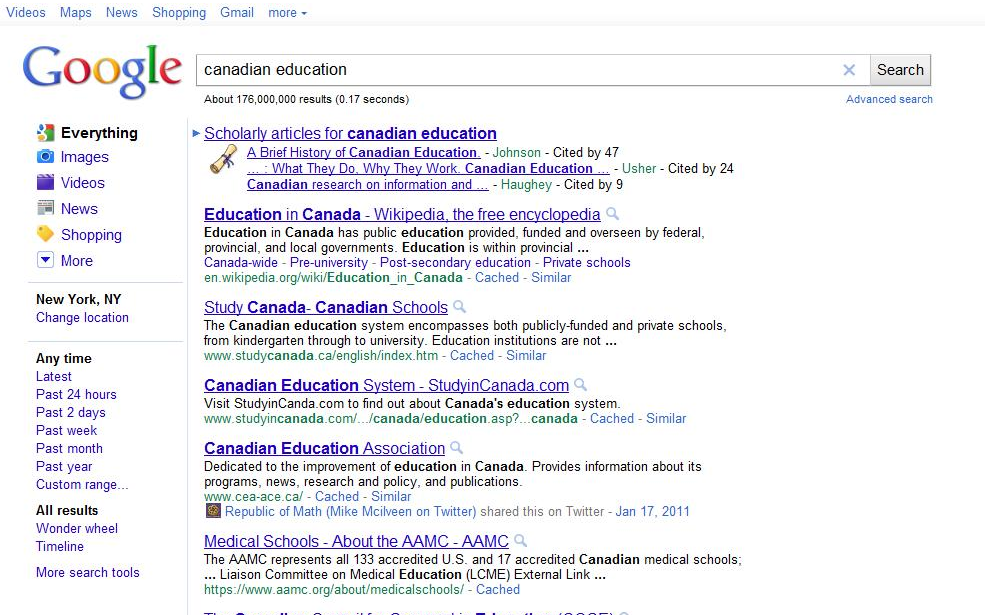 Apparently Google thinks that US citizens who search for Canadian education want to study here, and Canadian citizens want to do research.

What the video points out is that for more politically charged searches, the search results themselves can be radically different, rather than just a bit different, as these two screen-shots show. Two people searching for the same information will be shown very different perspectives. The situation is even worse if you use Facebook to find out about the news, as only news that your friends think is important and which you click on more often will be shown to you.

In the video, Eli describes how he had a good mixture of liberal and conservative friends in his Facebook stream, but he noticed that as he tended to click more on the links in stories of his liberal friends that over time his conservative friends began to disappear from his stream. In other words, Facebook figured out that Eli was a liberal, and decided for him what information would be relevant to him.

What is going on is that Google, Facebook, and other search engines are using a friend recommendation and personal history system to decide what your perspective is, and to deliver you the content that they feel is more relevant to your perspective. This is the same recommendation engine that is part of Netflix. As a result, you are less likely to become exposed to ideas from outside of your friend and family groups. You are now less likely to learn that there are perspectives on the world other than your own.

This speaks to the need to discuss media literacy, as someone who does not know the perspectives of others is less equipped to deal with the challenges of the world. Imagine if you grew up not knowing that there were multiple perspectives on any issue: How would that change your worldview?

While we have always had our worldviews limited by who our friends are, we currently have easy access to resources like newspapers and television to help us find out about alternative perspectives. As television stations and newspapers fail, our students will be facing a world where their primary source of information is filtered. Already more people get their news online than through traditional media, so the failure of television and newspapers is imminent.