The orange circle represents the leader of the school, the lines between the circles represent the relationships between people. Which school would you rather work in? 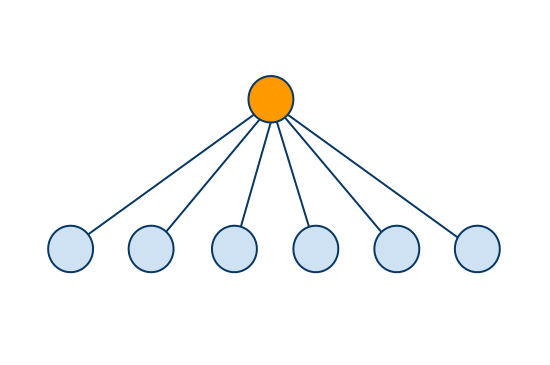 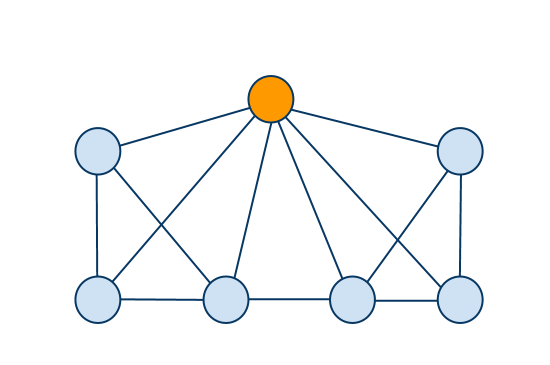 Which school do you think functions better when the leader is away?

How many full time teachers could we have hired?

I was talking to Diane Laufenberg this afternoon, and we got on the subject of wasted money being spent in society. I had the idea that we should start a new meme. Basically, you take a public project, like this monstrous mistake for example, and equate the cost of the project to how many teachers could be hired for a year for the same amount of money.

We’ll assume that teachers make $100,000 per year including all benefits. It’s a generous salary, but really not that outrageous overall, and some teachers actually make this much money (although most do not). For example, the completely insane project above would be 5,850 FTE (Full Time Equivalency) since the total cost of that public high school was $585 million dollars. It’s a pretty simple calculation, you just divide the cost of the project by $100,000.

I think a separate hashtag for this would be useful, so I’m choosing #FTEED, which doesn’t look like it is in use by anyone else. Ideally if you can find a picture of the project and post it to somewhere like Flickr, that would be helpful for creating presentations, but even links to stories would be useful. Please try and choose publicly funded projects which are arguably not necessary.

I’m going to start this project off with two tweets, and we’ll see if we can other people involved.

Update: Heidi Hass Gable pointed out that a hole in my logic is that we would be comparing mostly 1 time costs with a continuing cost for the teacher. That’s fine. I’m sure we can find enough wasteful projects to pay for the teachers for more than a year. Certainly when I start making totaling, I’ll factor this issue into the equation.