What building strong student relationships can do for you 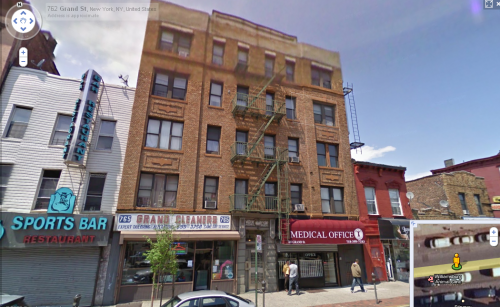 When I first started teaching, I worked at a tough school in Brooklyn called "The School for Legal Studies."  I moved to NYC just before I started working, so I felt lucky to have found an apartment a couple of blocks from the school.  The people I worked with mostly thought I was crazy to live in the same neighbourhood as our school, but to be honest, it really wasn’t that bad of a place to live, except possibly for the hundreds of 6th legged "roommates" with whom I was always at war.  It had some fringe benefits as well.

The most immediate benefit was that I had a very short trip to school.  I could roll out of bed, shower, and throw on some clothes and be at the school in 10 minutes.  This meant I had a bit more spare time available to me and I needed all of it, starting teaching was a very time-consuming task for me.  It also turned out to have another fringe benefit, something that never would have occurred to me.

In the middle of my second summer in NYC, I lost my roommate and realized I was going to need a new place to live.  So I looked around and found another apartment which was still close enough to school that I could walk, but was a lot nicer looking.  I rented a U-haul van and arranged for a buddy of mine from school to come and help me move my stuff.  I parked the truck in front of my house and had just opened up the back to put in a box, when I heard a voice behind me say, "Yo! Mr. Wees, what up son?"

I turned around, and saw 8 of my students standing behind me on the sidewalk.  It wasn’t that unusual for me to run into students from my school in the neighbourhood, many of them lived near the school too.

"Mister, you movin’?  Let us help you," said one of the boys.  10 minutes later, every single one of my boxes and pieces of furniture from my apartment was carefully carried from my apartment and placed gently in the truck.  They wouldn’t let me lift a finger to help them, "We got it Mr. Wees, you lay back," they told me.  The students didn’t ask for a thing for their help, but I gave them some money to buy a couple of pizzas because it was near lunch time.  They wandered off happily, and just after they had left, my friend showed up.

The reason those students helped me was not because they thought they had something to get out of it, but because I had built a strong relationship with them over the previous two years.  They respected me, and saw me as someone who respected them.  We really had nothing in common at all, I was from a small island off the West coast of Canada, they were kids who grew up in the more dangerous parts of Brooklyn.  This didn’t stop me from building a solid rapport with them and I know it was a large part of why I was successful in the classroom.

How are teachers participating in our new collaborative culture?