Technology has a language, a history, and it shapes our culture. While the focus of this article is on the language of technology apparent in Microsoft Word, every technology we use has similar traits.

Check out the "ribbon" (or menu bar) of Microsoft Word.

First, when you examine Microsoft Word, and many other programs like it, you’ll notice that there are many visual cues within the program as to how it works. What is less obvious is that each of these visual cues relies on the person viewing it to understand what the cue means. These visual cues are a form of language, and it is often this language which poses a significant barrier to using the technology. If you don’t understand the language being used, then every function of the program you want to use requires you to memorize the sequences of steps needed for that function.

Look at these examples of how language is used in Microsoft Office. It’s probably somewhat obvious what B, I, and U stand for, but what does the little triangle to the right of them mean? My mom didn’t know what the abc meant, and I know some people don’t know what the x2 and the x2 mean either.

The question mark might be obvious, and it might not. It doesn’t look like a button, so one might not know that one can click on it for additional information. Further, buttons themselves are a form of language, and so even if this were shaped as a button, someone could conceivably not know it was something to be clicked on.

In the margin bar, there are a couple of interesting 5 sided polygons lined up on top of each other. These are intended to indicate the different types of margins and indents you can apply to the document. Why are these icons chosen?

The origin of the icons chosen for the shape of the margin/indent icons in Microsoft Word appear to be very similar to the shapes originally used to represent the same functionality on a type-writer. Why those shapes were chosen for the type-writer, I don’t know. 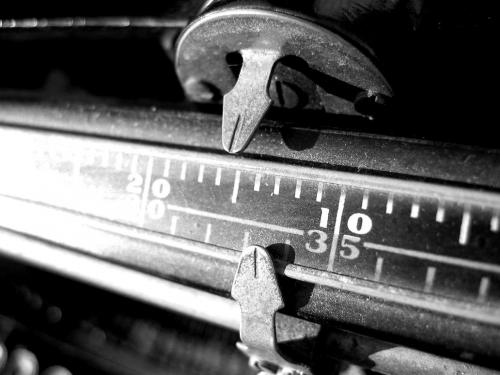 As a final example, look at the Save file icon. Virtually none of your students will know the origin of this icon since none of them likely grew up using a computer with a floppy disk drive. Still, they know that they click on it to save their work, but this is language they’ve learned from us.

Instead of thinking of teachers or children as being digital immigrants or digital natives, we should think of their exposure to the language of technology, and how knowledge of this language influences their ability to use technology.