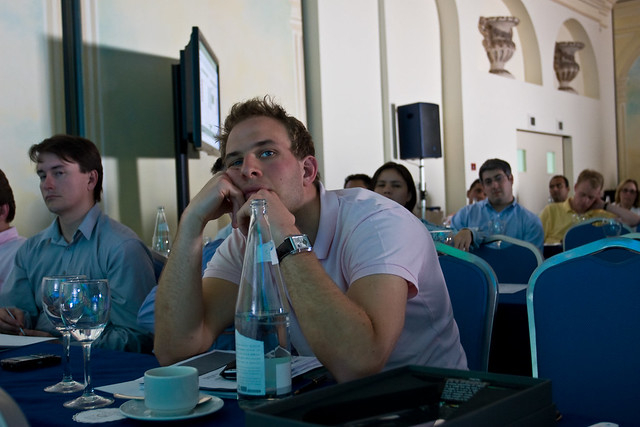 Unfortunately, according to my friend, many people who teach first aid actually have very little practical experience using first aid. As a result, the agencies that are responsible for first aid certification give their instructors "idiot-proof, deadly boring, text-filled presentations" to use in their training so that every first aid course is at least minimally useful. According to my friend, instructors are expressly prohibited from using their real life experience and telling stories of themselves actually using first aid, and also from explaining the reasons behind the protocols used in first aid. Further, most people taking first aid training have little to no interest in first aid themselves, they are almost certainly required to take a first aid course as part of retaining certification in their line of employment.

It occurred to me that this situation is remarkably similar to the position that we find ourselves in mathematics education, at least in the k to 12 level. Mathematics teachers often lack experience either making mathematical discoveries, or even applying mathematics as might an engineer or physicist. Consequently, curriculum is packaged in such a way so that nearly anyone can follow the text and make sure the students get at least a minimally effective mathematics background. We aren’t prohibited from using stories to relay our experience in mathematics, but we often have pretty frustrating limitations on what mathematics we can teach, and at the end of their k-12 program, how our students will be assessed. Finally, almost none of our students is really interested in mathematics; most of them are in our courses because they are required to be there.

Fortunately, first aid training is occasionally successful. My friend suggested that about 80% of the time, people who have first aid training are more useful in an emergency situation than people without the training. At my school, a 6th grade student, learned the Heimlich maneuver during a recent first aid training, and then used it to save the life of his mother two weeks later (An aside: according to my friend, the correct response when someone is choking, after encouraging them to cough, is 5 sharp blows to their back with the heel of your hand, right in the middle of their shoulder blades, followed by abdominal thrusts, then CPR if they fall unconscious). Not teaching first aid is obviously not an option, even when the programs are usually limited in effectiveness, but I wonder, what would happen if we let people who were highly experienced in using first aid have a bit more flexibility in how it was taught?

In the same way, our mathematics education is not a complete disaster. Many people go on from their subpar mathematics education to be able to use mathematics in a meaningful way, and some of those people even make new mathematical discoveries. However, the surest proof I have that our system is less than adequate is the enormous number of people I have met who will happily admit that they were terrible at mathematics, hated it, and now never use it.

The question that I think defines my career as a mathematics educator is, what can we do about this issue? It is of limited use to complain about a problem, especially one as well discussed as mathematics education, without proposing some sort of solution.