Have you been cyber-bullied?

I sent out a request for responses to a cyber-bullying survey a number of weeks ago, and I’ve finally gotten around to analyzing the results. I asked two questions: "Have you been cyber-bullied?" and "What is your age?" 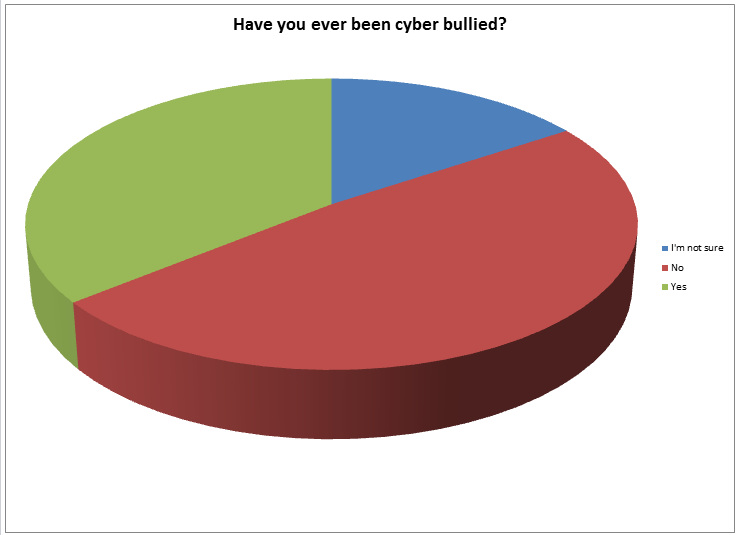 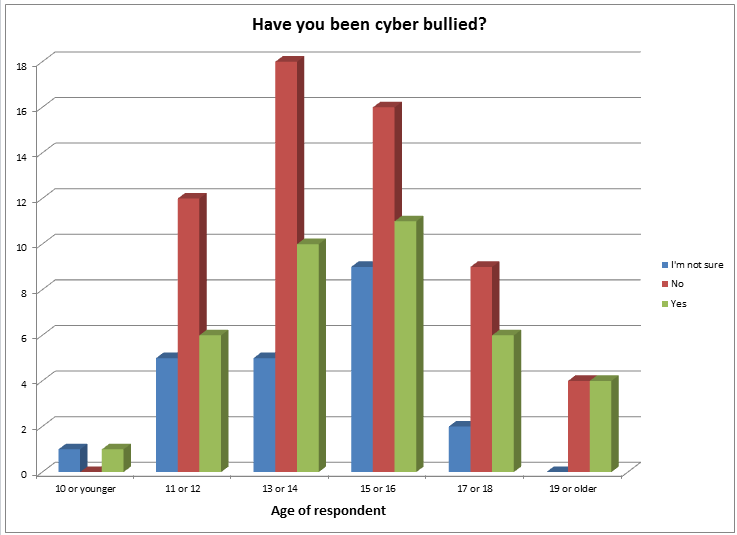 From this chart we can see that the peak age of the people who responded was 13 or 14 and that there aren’t any obvious trends. I’m sure that we have a strong selection bias that skews our results, as only 124 people responded, and those people who responded are just people who I was able to reach with the survey via Twitter and my school’s email. I was hoping for a much larger pool of data with which to work. If you are interested in further research, see this Wikipedia article for summaries of larger research studies.

There were a few interesting comments added to the survey. At least one person (over the age of 18) said "Boo hoo, block and move on" which really has a complete lack of understanding of the seriousness of bullying. Obviously not every young teenager is going to be able to just block the offending person and move on, as they may also be cutting out a significant portion of their social circle.

These results do suggest that cyber-bullying is a problem, but that it is not a significantly bigger problem than face to face bullying ever has been. However, since we have historically had problems combating face to face bullying, the significance of these results is that the online social spheres have similar risks as the traditional social spheres. From this you can conclude that if your school has a bullying problem in the playground, they have a similar bullying problem online. My suspicion is that the best way to spot cyber-bullying is through the same channels we spot more traditional playground bullying, by watching the social interactions of the teenagers involved.

How do these results fit in with what you know is happening at your school?

The effect of communication tools on education