Why you should give kids a second chance

Yesterday we had a community service day.  It worked wonderfully, and everyone who came participated really well.  The first thing that I noticed was how different the students looked when they were working in this different context.  The people who were normally stars of the classroom were not necessarily stars for the community service, and visa versa.  Some of the best and hardest workers were students who often do not work in the classroom well by themselves without lots of reinforcement.

The day was wonderfully productive and we accomplished a lot.  The volunteer organizer for the community garden begged us to come back because she said the amount of work we accomplished during the day was tremendous.

This activity really built a lot of community spirit and brought us all closer together.  It was totally worth the effort we put into it as teachers organizing and showing leadership by modelling what types of behaviour we were expecting from the students.  In other words, all of the teachers involved worked hard too. 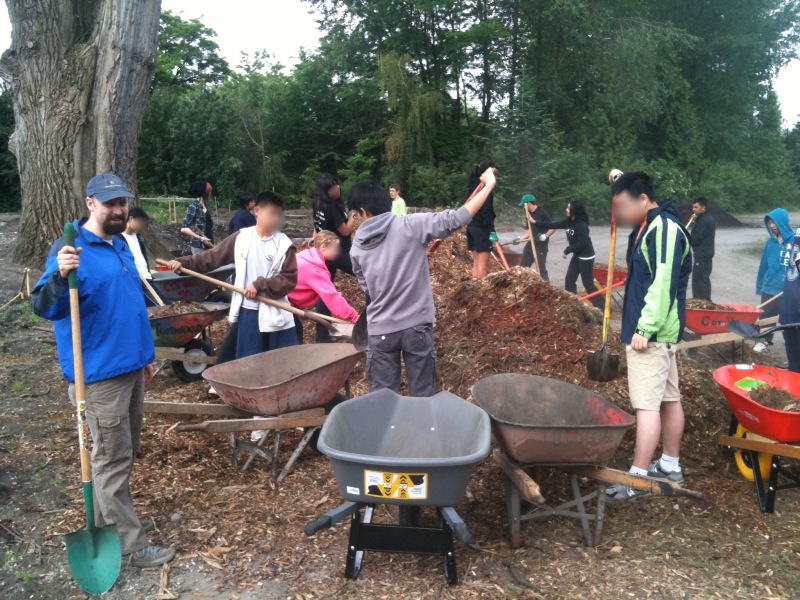 Unfortunately some of our boys didn’t come for this day.  They apparently used Facebook and attempted to organize a mini-revolt and 7 of them did not attend the day at all.  They were noticeably missing, many of the students who attended the event complained about the fact that a group of the boys were missing.  Their decision not to come for the day certainly frustrated we teachers, and we decided that we had to come up with an appropriate way for the students to make restitution for what they had done.

Fortunately for us, all 7 of those students attended school the following day, hoping to participate in our afternoon party in the park.  First their homeroom teacher gave them a 20 minute lecture on how their lack of participation in the previous day’s event affected the entire school and then we put them straight to work, as the morning we had planned some school-wide service, working on our own community garden project. 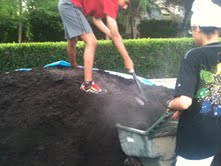 They got the least fun duty, which was shoveling the piles of manure.  They started working on it pretty diligently right away, and it was obvious that the speech from the homeroom teacher was pretty effective.  The rest of the students involved in the community garden were carting away the wheel-barrows full of manure, and these 7 boys worked tirelessly to fill the wheel-barrows.

We paused for a big spirit building activity, then everyone else in the school left for the community picnic at the park, and these 7 boys stayed back with me to continue the work from the morning.  First we had lunch, the same food planned for the picnic, then we started handing out flyers to the houses along the street.  It turned out that we had way more manure than we could actually use, so we offered some of it to residents of the houses on the nearby block.  One of the residents, was so impressed with the boys that she brought out a small treat for them.  The boys felt really uncomfortable accepting the gift, but it was clear from her insistence that they couldn’t say no. 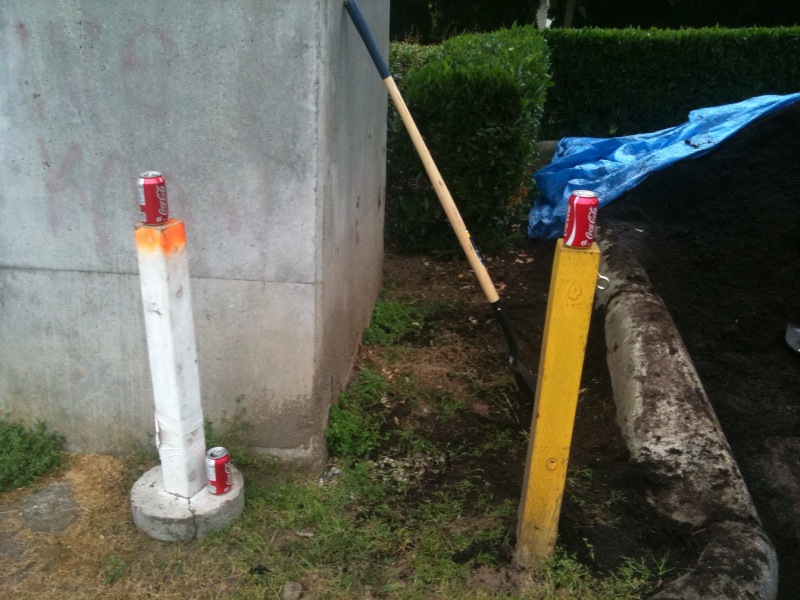 After our brief stint handing out flyers, we got to work and moved several dozen wheel-barrows full of manure onto one of our small plots for our garden.  The work wasn’t glamorous but to their credit the boys worked really well.  About an hour and half into the work, they started recognizing that they were enjoying themselves, and I could tell that they were regretting their decision not to join in the work from the previous day, but for the right reasons.  They actually asked if they could continue the work we were doing tomorrow, as they wanted to finish the project.  They seemed to get it, that the work itself was enjoyable, especially in the company of their friends.  Really, everyone of these boys was a superstar that day and showed me just how hard they could work.  I was really impressed with their work ethic and diligence during the day and I let them know as much.  Tomorrow, when we finish our work, I plan on reflecting with them about the experience.  The objective of the reflection will be to find out if the really big lesson will be in fact learned: service in the context of a community is incredibly valuable.

The boys did a tremendous amount of work and taught me a lesson too.  Even a student who has made a big mistake can rectify it and should be given the opportunity to fix their mistake.  Every kid deserves a second chance, and these boys made the most of their second chance.  At the end of the day, we realized that they had move two thirds of the pile themselves, and they really looked like they felt good about themselves. 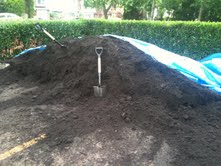