There are lots of enormous flaws at the root of the current effort to evaluate teachers across the US. We could talk about how each teacher serves a much different population, or how the resources which are provided to each teacher are different because of the wealth of their educational community, or how a poor administrator can influence teacher evaluations, but there is a deeper flaw, one based on a more mathematical argument.

Imagine we ranked all of the teachers according to how much material they covered (which is essentially what grading them using standardized assessment scores from their students do), much like the current SAT system ranks students, and then graphed how many teachers were at each rank.  The graph would look very much like the following. 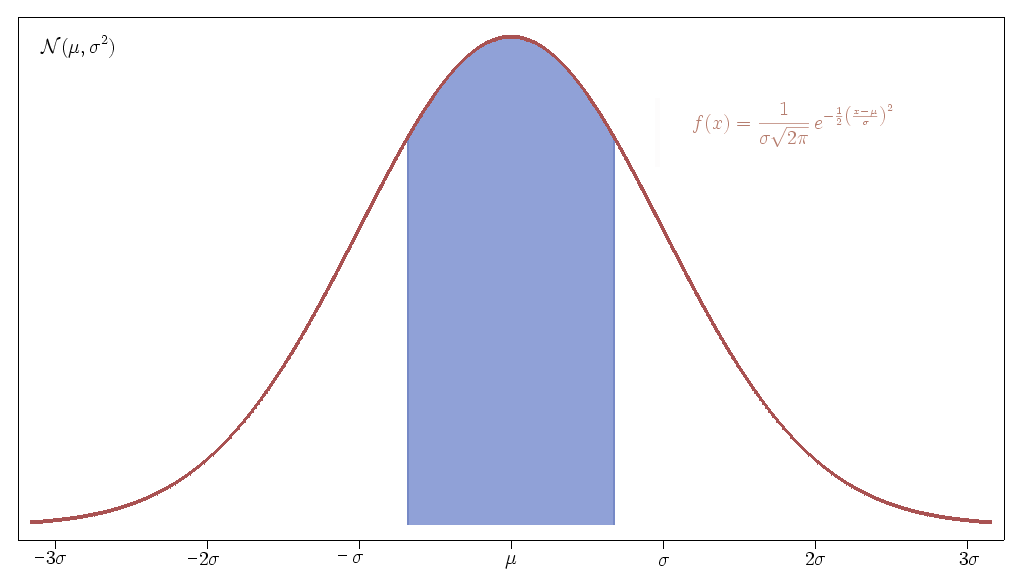 This is called the normal distribution in statistics. The function written at the top doesn’t matter very much. What matters is that μ is the mean (average) of the distribution and σ is what is known the standard deviation (read this explanation if you are confused). μ is measure of where the center of the data is, and σ measures how spread out the data is.

Well it turns out nothing would happen at all. The reason is because the picture above represents a relative ranking between teachers and there will always be teachers who rank lower than other teachers. No matter how much we improve education, the picture above will always remain the same, with one exception. If every teacher was ranked equally, then the picture above would look more like a very thin bar sitting above the mean. I don’t think that will ever happen though and it would certainly be a pretty boring education system. Imagine if students never had a favourite teacher; who would want to join the profession then?

The flaw is that the more material we try to cover each year, the less room there would be for the individuality and creativity which is so important to the teaching profession and to education in general. I’d like to see a slightly different way of assessing teachers. Let’s assess teachers based on their professional relationships with each other, based on the rapport they develop with students, on how willing they are to share their expertise, on the quality of the research they have done, and a host of other factors which cannot be measured by a test, or conveniently broken down into a normal distribution.

A Day in the Life of a Student