Nothing you can do can guarantee that every child actively participates in your math class but there are some things you can do to increase the odds. 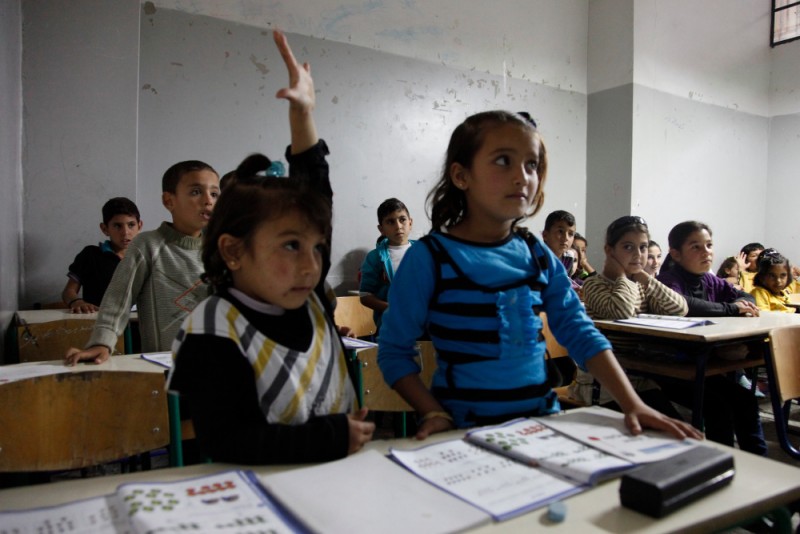 In a typical classroom a teacher asks a question, a student responds, the teacher indicates whether the response is incorrect or correct, and this is repeated until the class discussion is over. If this is the only type of interaction a teacher has with their students, this can be problematic.

Fisher and Frey (2007) say the following on this matter:

“I’ll ask the questions,
a few of you will answer
for the entire class,
and we’ll all pretend
this is the same thing as learning.”

But what can we do differently? How can we minimize this kind of interaction? Note that it is probably not possible to completely eliminate these types of interactions, nor would it necessarily be advisable to do so, but there are some ways to reduce their impact on a classroom.

Prompt students to talk to each other about a question while you circulate and listen for responses (and hold students accountable for talking about what you want them to talk about). Come back to the whole class and ask a few people to share responses. This has the benefit of increasing the chance every student shares an idea with at least one person and increases the amount of time students have to process and think about the question.

The average amount of time teachers wait for a response after asking a question is less than one second. Just delaying this to five seconds (or even more sometimes) increases the amount of students who have time to process the question, think about it, and then formulate a response.

Instead of posing a question and waiting for one response, pose a question and ask students to, either individually or with a small group, construct a response that they can share on their whiteboards. This way you can walk around and see what ideas students have and every student has an opportunity to take their time to think about the question.

Start with the problem:

It is extremely common to start class with a somewhat interactive description of how to solve a problem, give students opportunity for guided practice with lots of feedback, followed by independent practice, followed by a summary by the teacher or a student of what was learned that day. In this case, any questions that are asked within the context of the entire class can only really happen either during the initial describing of how to solve the problem at the beginning of the class or during the summary at the end.

An alternative to this approach is to start with a problem where you can be reasonably sure all students understand what the problem is and what they are trying to find out. Now when you initiate any full group discussion, students are much more likely to have questions and the answers to these questions are much more likely to be understood by everyone.

Note that I’m not a fan of cold calling students. With some students, having a teacher who cold calls raises their anxiety, making it more difficult for them to think about the mathematics. It might be a useful technique once you know every student feels comfortable and has something to say.

What other strategies can you use to encourage participation (even non-verbal participation) in your classroom?